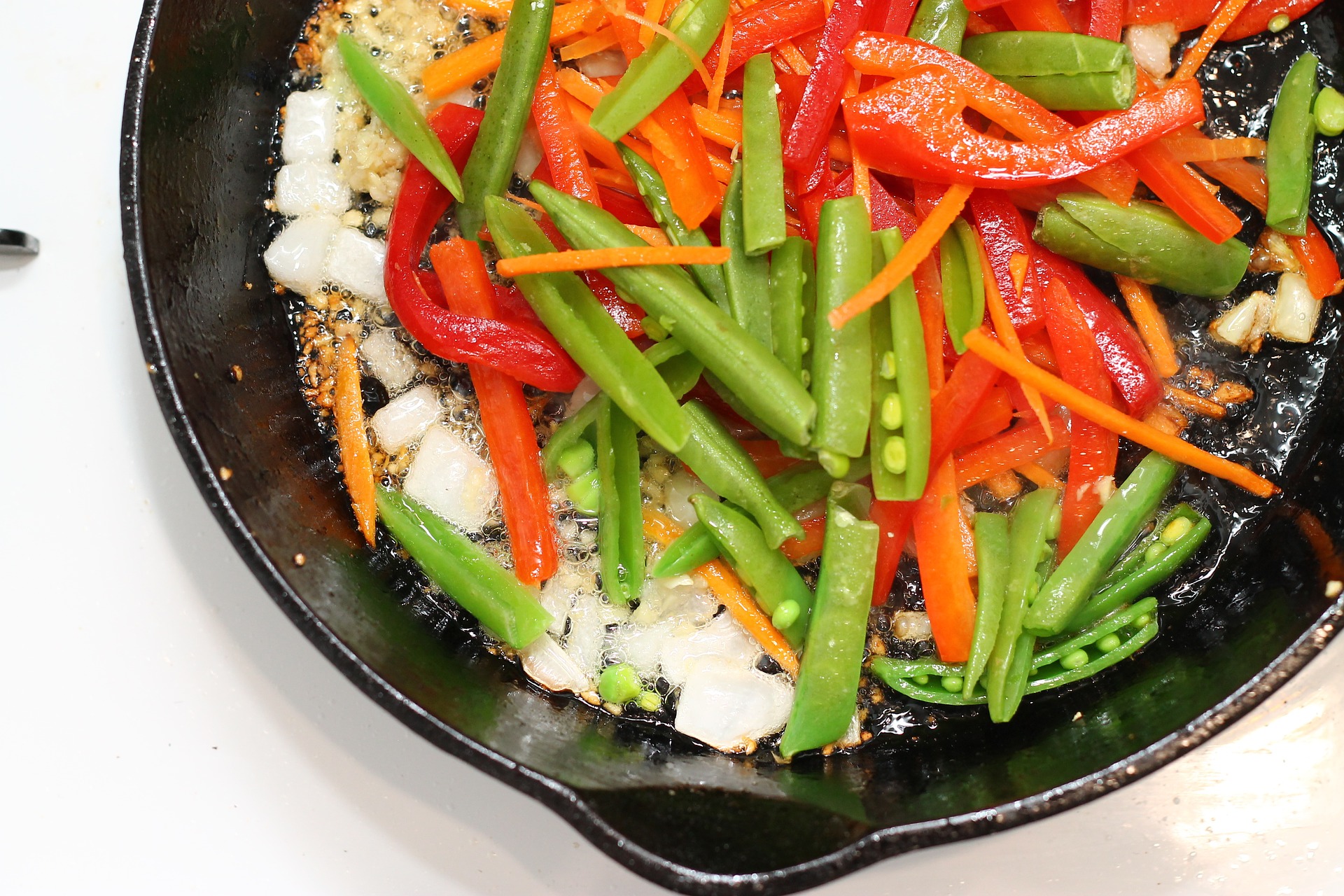 Receiving an iron supplement is incredibly common in modern pregnancies.  The intention is that they will prevent prenatal anemia and as such prevent complications of childbirth such as postpartum hemorrhage.  Unfortunately, much of modern obstetrics have totally missed the mark on perinatal health and wellness, especially when it comes to iron supplement options, necessities, and certainly prevention.

Is my iron supplement necessary during pregnancy?

Your body only contains around 3-5 grams of iron and it is said that pregnant women need to consume approximately 30 mg daily of iron to retain this amount.  Though, this doesn't really tell us what type of iron is helpful or how to obtain this much.

Let's think about this for a minute in a very simple way:

Hmmmmm... that might at least get you started deciding, maybe not if your iron supplement is necessary but if the ones you're already taking are working.

Now, let me ask you another question... Are you eating a lot of iron-rich foods?  We'll get to that in a minute.  First, let's explore iron's role in the pregnant body.

Iron is responsible for, but not limited to, the following biological processes:

Basically, iron is pretty important to whole body function, but let's think about this a little more.

Total blood volume increases by around 60-70% of the normal blood volume prior to pregnancy.  During pregnancy, however, this is not just red blood cells, but mostly plasma.  Red blood cells for the mom carry oxygen for the mom (gestating baby creates their own).  Red blood cells increase around 18% of the normal blood volume to accommodate the mom's organ changes (especially the skin, kidneys, and uterus) as well as blood loss during and after birth.  The excess plasma allows the red blood cells to "float" and be carried to the necessary cells.  More importantly, plasma is necessary to carry salt, protein and enzymes as well as transport nutrients and hormones to necessary cells - functions crucial to the body, especially with the changes of pregnancy.  In order to filter toxins, nutrients must be quality and hormones must work well for whole body function.  Because of the higher increase of plasma to red blood cells, hematocrit levels should decrease as the pregnancy continues.  The rough numbers are hematocrit (HCT - red blood cells) 33+ and hemoglobin (HGB - amount of hemoglobin per red blood cell) above 11.  Note that a mom that has extra red blood cells with adequate plasma increase as well can handle more blood loss than a mom that isn't increasing her volume.

Because of the higher increase of plasma to red blood cells, hematocrit levels can appear to decrease around the end of the 2nd trimester resulting in a majority of women being prescribed an Rx iron supplement or being told to take some form of iron to increase their red blood cells and being labeled as having pregnancy anemia.  In cases where mom is otherwise healthy and she is eating a well-balanced diet, this higher plasma ratio is ideal and allows mom to secrete fluid through pregnancy and especially through the birth process.  In fact, a hematocrit level that rises throughout pregnancy could indicate complications that your plasma levels are not increasing to an adequate level and you can experience complications such as toxemia or shock, among others.

Pregnancy anemia similarly can cause the same complications as well as intrauterine growth restriction, toxemia/eclampsia, placenta abruption, premature rupture of the membranes or preterm labor, oxygen deprivation, increase in infections, prolonged labor, and postpartum hemorrhage.  Additionally, we have to look at true medical anemia and actual nutritional-related anemia.  A mother with low HCT or HGB levels needs to be considered with her personal increase in blood volume from the beginning of pregnancy as well as the quality of her diet.  As such, and most importantly, we have to remember that hematocrit and hemoglobin are not specifically iron, and as such we have to realize that low iron isn't always, or usually, the case of low hemoglobin levels which we'll discuss more in the Preventing Iron Supplement Needs in Pregnancy.

Types of Iron and Iron Supplements

If you're prescribed an iron supplement, determining which supplement to take is important after you've determined if they're necessary.  Let's look at the types of iron we get from food and what the supplements are doing to recreate that.

Heme Iron - This is iron that is from the hemoglobin found in animal foods.  You don't need a lot of meat to get a lot of iron from this source.

Heme iron makes up for about 1/3 of dietary iron intake; however, in the United States, approximately 50% of iron intake is actually from iron-fortified foods.  What this really means is, the Standard American Diet (SAD) is significantly lacking in real whole plant-based foods which may have a better overall effect on blood levels...

While it is said to be easier to absorb heme iron, this type of iron can increase oxidative stress and is a part of foods that can be more difficult to digest.  Simply eating a lot of steak isn't the best nutritional choice we can make for preventing toxemia and pregnancy-related conditions.  Likewise, our body will only regulate the amount of iron intake from non-heme iron, further supporting a mostly plant-based lifestyle.  If we eat a high-meat diet, this iron is not regulated in the body and the excess heme iron can cause many of the complications it is trying to prevent as well as neurological conditions similar to most heavy-metal excess complications.

The most common types of supplemental iron are ferrous sulfate and ferrous gluconate (ferrous meaning elemental iron and more easily absorbed than ferric citrate).   Ferrous gluconate is water-soluble and assumed to be better absorbed than ferrous sulfate.  Ferric citrate is not absorbed well by the body at all.  All supplemental iron forms tend to be very constipating, increasingly so in pregnancy due to other factors such as compressed digestive tract and possible dietary concerns.

Reduce your toxin load - The ability to increase blood levels is linked to the body's ability to metabolize nutrients and remove toxins from the body.  The spleen is also responsible for creating blood cells as well as immune function and it isn't a coincidince that women having difficulty with blood levels also have difficulty with infections (UTI and yeast infections being more common one in modern pregnancy) and viruses.

Increase your green and body-cleansing foods, including herbal teas - This goes along the same lines as detoxification and reducing toxins.  The dark leafy greens and all plant-based foods allow all the organs to function at their optimal level.  Likewise, dark leafy greens are great sources of natural iron.  Folate is found in almost all the same foods that iron is found in (dark leafy greens being one of the main sources) and low folate levels will mimic anemia symptoms so be sure you're not actually low on quality foods and folate before reaching for a possibly unnecessary supplement.  Folate is typically seen as the supplement folic acid, but don't be fooled - natural folate is digested differently and works differently than the synthetic form (folic acid).  You need folate to create new cells, including blood cells, so your anemia may be caused by a lack of greens and other folate-rich foods.  Nettles and Red Raspberry Leaf are some of the best tonic (nutrient-rich) herbal teas and herbal foods to consume during pregnancy (and for the whole family).

Heal your gut - The ability to avoid inflammation and absorb nutrients heavily relies on a healthy gut.  Reduce inflammatory foods like excess of anything and mono diets and be sure to eat soothing to the digestive system foods like bone broths, marshmallow root tea, and herbs like nettles.  Take a probiotic if necessary and reduce or eliminate sugar (something that messes with blood sugar levels and causes immediate inflammation).

Support digestion & eat well-balanced meals - If you eat meat, pair it well to maximize digestion.  Meat takes a long time to digest so avoid high levels in the evenings.  Add acidic foods with your meat (like steak and pineapple) to maximize digestion.  Overall, eat all the colors of the rainbow for all the body's vital nutrients and be sure to get enough plant-based foods.  The vitamin c in these acidic foods helps iron to be absorbed also.  Reduce or eliminate diary, black tea, and coffee (even decaf), especially when eating iron rich foods or taking an iron supplement as the calcium can inhibit the absorption of iron.  Remember that beans and legumes need to be sprouted for maximum digestion.

Excluding medical anemia, most pregnancy anemias are dietary and lifestyle related.  Here are some options for adding additional iron into your diet above the prevention and treatment actions previously listed.

Supplement or not, a varied diet is important to obtaining the nutrients the body desires for whole body function.  Here is a list of food sources of iron: